So I was in substituting yesterday. I was in another teacher’s classroom chatting and there were a couple other kids there hanging out until their bus arrived. I didn’t catch all of their conversation. However, I did hear enough of it to make me laugh.

1 Why are there so many bumps and tunnels?

This is one from the backseat while travelling down a road that was in less than ideal condition. The bumps were potholes and worn down asphalt. Winters here in Canada are exactly as you’d expect. Salt is used on the roads here. When the road gets a crack, salt gets in it and exaggerates the freeze/thaw cycle. Then the plows come through scraping the roads. Their blades tear up these spots where the salt has been quietly weakening the roads and gravel bed underneath and we’re left potholes big enough to swallow a Buick whole. The tunnels are simply overpasses. Most are for road vehicles. One is for a train (though we’ve never seen a train on it). Bang will go absolutely wild the day we spot a train crossing the bridge. 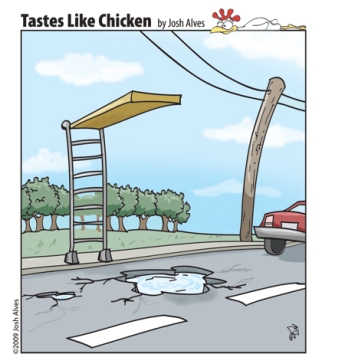 Another in-the-truck question. This one was from the radio.
♪ Got me lifted, drifted higher than the ceiling
♪ And ooh, baby, it’s the ultimate feeling
♪ You’ve got me lifted, feeling so gifted
♪ Sugar, how you get so fly?
It was Robin Schultz ft. Francesco Yates “Sugar”.
I’m not sure how one gets so “fly”. The internet has several definitions (beyond insects, airplanes and speeding taxis). It usually means one is cool. I try to be a dad so fly, but it usually comes across as weird and awkward. So I stick to being witty and geeky.

3 If you’re a farmer do you need a cowboy hat?

Yes. Yes you do. DW came through with a classic answer for this one. A cowboy had serves a dual purpose. First, it keeps the summer sun of the farmer’s head, neck and ears. This prevents sunburn and possible skin cancer. Melanoma sucks. DW also informed the questioner that a cowboy hat also lets the animals know who the farmer is.

Created in the 1850’s by a prospector and cowboy named none other than John Stetson . The original “Boss of the Plains” idea was borrowed from the Mexican’s sombrero worn by vaqueros. But more than just providing protection from the sun it also was a wind blocker, head warmer, rain, blocker, water carrier, a bowl, a flag, horse trough, or the finishing touch to any cowboy so fly. 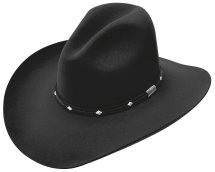 4 What makes us fart?

For those who saw the tweet earlier this week, you knew this question was coming.

For those who have raised or are raising boys, you knew this question was coming, too. Whether it rattles the windows or is silent but deadly, farts are funny. Properly timed, they can be funnier than when Bang loudly hollered to his brother on stage in a silent, fully packed auditorium at the choir concert (the entire audience and the entire choir laughed). Everyone farts. Not all of us admit it. Some of us blame on the kids or the dog or the hamster. And if you’re looking for a fart story that will leave you in tears check out hilarious HaHas for HooHas nearly destiny changing story.

Farts are produced when we swallow air while eating and drinking and by gasses forming in our stomachs and intestines while they digest the food we ate. Hydrogen sulfide is what makes them smell bad. The more sulfur-rich diet you consume, the smellier your farts will be. Hence, things like beans, cabbage, cheese, and soda will help you peel the pain off the walls. However, it’s the termite, though, that holds the record for most farts of any animal.

Now, if you’ll excuse me, I have a class that needs some crop dusting.