Can you change the world? Can I? It’s not an easy undertaking. The world is a pretty big place, after all. What could you do to change it? Something so big, so important, that the whole world takes notice and thereby becomes a better place.

Nah. That’ll never happen. I’m too small. Too insignificant. I’m just one person, what can I do?

What I can do is change how I define the world.

What is the world? For me, for you, for all us, it is our house. It is our neighbors and neighborhood. Simply put, the world is the part we have a direct influence over. It is the part we interact with.

It begins with our family, the people we live with, the ones we interact with every day. We can easily change their world. Kindness. Patience. Compassion. It’s often hardest to show such traits to those who share our dwelling. They have the greatest opportunity drive us batty. But we can change their world with a few positive character traits. We can make their day, set their day off on the right track, or end their day with a smile.

I may not be able to change your world. However, I can certainly change mine and those around me.

“Seven days. Seven black and white photos of your life. No people. No explanation. Challenge someone new each day.”

Thanks, A Momma’s View for the challenge

Crash was in primary when he learned he wouldn’t live forever. He took it pretty rough and for the next few months he’d get worried about it. It was during that phase that the Sandy Hook shootings occurred. He knew nothing about it, nor did we tell him.

Two years later, in 2013, we were watching the Boston Marathon. We had friends there and me being an “avid” runner, we were interested. Then everything changed. Crash knew people had been hurt, but watching it on TV, for him it wasn’t exactly real. It was very real and we didn’t tell him the final outcome.

We’ve read Jerry Spinelli’s Maniac Magee so he’s heard of racism. He’s never witnessed it. He’s never heard of it in the real world. In his world every is treated equally no matter where they’re from or what color their skin might be or what gender they are.

He’s a pre-teen now. He’s told us so himself. How much longer can we keep this big, bad world from him? Should we even be keeping it from him in the first place? How much is too much? 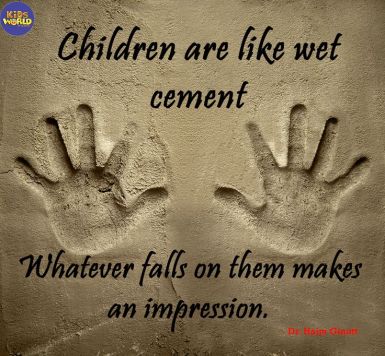 Since joining WordPress, I have connected with people from around the world. It’s incredible to read about Christmas in Australia where it’s summer time and they go to the beach and it’s light until 9:30pm. Oh, and it’s hot.

Obviously, it’s cold here in the northern hemisphere. Here in Canada, it’s cold for a long, long time. And it gets dark at 4:30.

This causes Christmas traditions to be vastly different. We typically decorate our houses in festive colors and decorative lights. We put up Christmas trees – some use real tress, some use fake ones. We decorate them with lights, bulbs, and ornaments bought and ornaments homemade. Some add garland or tinsel or candy canes. I’ve seen strings of popcorn and cranberries.

Carolers will walk through town spreading Christmas spirit and good cheer with their songs.

Some go to a Midnight Mass on Christmas Eve.

There are so many different traditions around the world. Please share some (in the comment section) that you practice in your corner of the Earth.