Have you ever wanted to kill kids? The medieval times apparently had some great techniques. I have a far better killing device than whatever that dark, demented era ever thought up…

Yep, here we go again. First, I should give credit where credit is due. The boys helped us clean yesterday. The kitchen, the living room, one vacuumed the floors and the other vacuumed the stairs, and they put their clean laundry away. They moaned about it at first, but once they got started they rocked and rolled and I was impressed. Today, after skating, I asked them to clean up their toys in the basement. I was less than impressed.

I would tell them I didn’t want to hear it from either of them, to get back down there and finish cleaning, and I would return to cleaning the kitchen. They’d storm back down. Then the fighting would resume. They knew they had until suppertime (an hour from when they started) to get it clean. It could have taken them fifteen minutes. After an hour, they had barely started. After supper, I asked, “How many garbage bags should I take to the basement? Will I fit what’s left to clean in just one or should I take more?” The reply I got was zero (which is a number and it’s even) and they went back down to clean.

Can you believe they started fighting again? So at 6pm they were sent to their room to get pajamas on and get ready for bed.

Now the basement door is locked and their toys are off limits. DW and I will go through them and round up all the ones they no longer play with and relocate them to a new home or toss them to the curb if they’re no good.

So today was just one of those days. They usually happen around this time of year. You would think with Christmas coming and the prospect of Santa and joy and decorations and music that happiness would abound. Alas, no. The stress and the pressure build up like magma under the volcano until it all erupts.

The silver lining? I have evidence that the 10 year old still believes. When I told him I was collecting his toys in garbage bags he told me that I could explain to Santa why all their toys were thrown out.

Now they’re asleep. There’s no more arguing and bickering. All is quiet. There’s even a dusting of snow outside. Even if it won’t last because it’s supposed to be 9 (48F) on Wednesday, it’s still calming to look at.

Here’s to starting over tomorrow. Tomorrow is another day. I just hope it’s not another day of sibling rivalry. 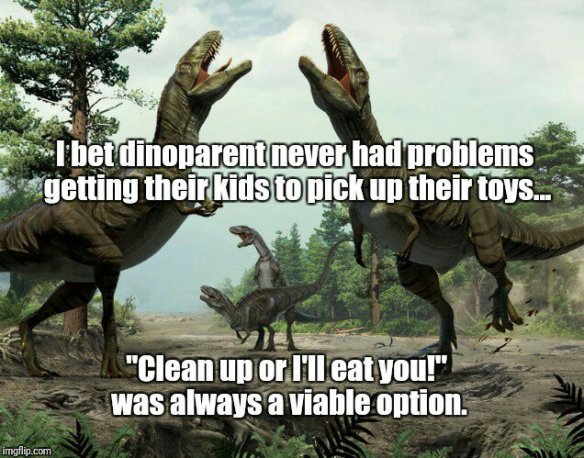 I’m still a kid at heart. DW can testify to that. I enjoy games. Sport games. Video games. Board games. Word games. Picture games. Though my taste in toys has changed over the years. No longer do I ride Big Wheels (though I more than likely would if they made them my size). No longer do I play with Speak-n-Spell (though I probably should because my spelling can be atroshus). Now my toys involve a bit more technology.  It will come as no surprise for two items on my “after we get rich” list. Naturally, these are items strictly on my “want” list. There’s no way I need these things other than to make life a bit more fun. But still… I can’t wait to get rich.

The first item is kind of like something I already have except about a million times better. You may have seen a video I made with this techy toy. It’s a small drone. When I say small, I mean that it doesn’t have any bells and whistles. We’re lucky if the battery lasts ten minutes. It has the power to carry a GoPro, but if I lose sight of it, it’s gone. If a gust of wind blows, it’ll be gone. So we’ve limited ourselves to flying it just in the backyard. It’s still fun. But this new one, this high tech one called a Mavic that’s made by DJi, has all the bells and whistles. The battery lasts for nearly a half hour. It folds up small enough to (barely) fit in your pocket. It has a wicked camera. It has GPS so that it can hover in one spot no matter the wind speed. It can fly 4 miles away and return with the touch of a button. It can follow you! Okay, so it costs as much as a new computer, but how much fun would that be? Granted, I’d still be filming our family 99% of the time with it. However, imagine filming yourself, or the kids, or all of us, from the air as we go zooming down the best sledding hill our town has to offer. Imagine a birds eye view you could of yourself, of the kids, of all of us, kayaking a forested, lazy river. It’s taking home video to levels never seen before. If anyone knows where I could get my hands on one, I would LOVE to fly one of these.

The second toy I have my eye on is a new gaming system. We have a Wii and have had it for many years. It’s easy to use. Both of our boys were using it by the age of 2 or 3 (with supervision, of course). Lately, we have spent two or three nights a week having a “family night” after supper and before bed playing four player Mario Kart. The boys laugh and laugh when DW lets slip a bad word because she fell off the track, again. In March, Nintendo has a new system coming out that’s getting a fair amount of hype called The Switch. It seems to be part tablet and part console in the sense that you can dock it to your TV to play, but once undocked you can continue playing your game as a tablet. It even has controllers that fit the tablet portion. I’m curious to see if it can still play four player games locally without having to be online like the Wii can. Also like the Wii, it relies on controller motion, not just joystick movement and button pushing of it’s competitors. Crash has asked me to print a chore chart again so he can start earning an allowance to save up for this. I’m curious to see how it does once it hits the market.

First I just wanted to share this screen grab with you before I get into the meat of the matter, the juice in the box, the refried beans in the burrito.

I have posts 500 times. 500 times I’ve written something I’ve felt is worthy enough to share. While I love writing, stats are fun but don’t define my writing and blah blah blah you readers and subscribers and commenters definitely make it easier. You definitely make it worth while. Thanks for making this fun! I wonder what’s in store for the next 500?

Okay… now for the fun in dysfunctional…

The best way to get to know someone is to live with them for 10 years then start getting rid of stuff you don’t need any or use any more. Say, clean out your basement (or attic, or wherever you keep your stuff “for later”). In our basement you will find all the teaching stuff I saved from my classroom before our big move. The intent was to keep here until I got my own classroom. We moved here almost 7 years ago. That stuff is still here. I don’t have a classroom here, yet. We didn’t get rid of that. Even the Virginia social studies lesson plans.

Other stuff did go to the curb. The broken telescope and tripod. An old poster frame. A busted horizontal blind. Some stuff didn’t go. Kayak pads for the roof rack. An old driftwood post (I hid it outside somewhere, shhh). A laptop bag that I’ll start using for school because my messenger bag has outdoor paint spilled all over it.

It’s fun to see what your spouse is willing to keep and willing to part with. I call myself a pack rat. I keep stuff in case I need/want to use it later. I may never us it, but as soon as I throw it out I’ll need it. My dad’s mom is pack rat president. I’m not sure which chromosome the pack rat gene is on but it’s been passed on to me. I’ll need mom’s input to know if my dad has it too.

I’m not a hoarder, though. Here’s my argument… Hoarders suffer from severe anxiety. They’re not keeping their stuff to use later or because they might need it. They keep it because they’re literally afraid to throw it away. You can find some really interesting information on hoaders at Psych Central.

Sometimes things need to be thrown out, even if they’re our favorites. An old pair of shoes long past their mileage. Soccer short who’ve played in too many games. They disappear quietly when I’m not looking and can’t protest. It’s best for all of us that way. This is why we don’t throw stuff away when the kids are watching. Toys they haven’t played with for 25 years suddenly become a great interest. “Don’t throw that away!”

I’m pretty sure this is why my parents sent me to my grandmother’s for a few weeks every summer during my childhood. They wanted to toss out the toys I never played with any more. It only took me 30 years and having kids of my own to figure this out.

Thanks to Toy Story, I have trouble throwing away toys. So you can imagine my sadness when I saw Buzz Lightyear, well loved yet broken and missing pieces, in the bag to be tossed. He’s in a bag with others so hopefully they’re having a grand adventure.

They always have, too. It’s not that we pushed them towards that stuff. They chose it. They have a doll named Sweet Baby they play with on occasion, but it’s the trucks and trains they are attracted to the most. They play with their kitchen set sometimes. However, it’s the shopping cart they prefer. Well, here. Let me show what you might get to play should you stop by for a visit…

Just a hint at the number of things with wheels.

That green recycling truck is Bang’s favorite. For about a month after he received it, no one was allowed to touch it. Not even if we asked nicely. Even now it’s iffy.

They find the real ones even better, of course. At the bus stop, Bang loves to see the log haulers, transfer trucks and the cements trucks go by on the highway. He can watch excavators and backhoe loaders for hours. He is best friends with the garbage men. Though he doesn’t like to get to close to the trucks because they’re too loud. (Ironically enough, he also doesn’t like silence).

The other “truck game” he likes to play involves a front loader and dump truck. Use the loader to pick up blocks, drive up a ramp and dump the load into the dump truck. We continue this until the dump truck is full. The dump truck dumps it’s load and we start all over. Speaking of which… it’s now time to go play!

My Tweets
Guess who learned to swim to the bottom of the deep end today? The 8 year old can go 8 feet under. #Kids #Proud #Dad #Swim #Dive #Pool