Lets start with hats. The basic ball hat with a brim and a logo of your choosing. Functional. Decorative. It can speak for the kind of person you are. I’m a sporty kind of person and show my support for the O’s (damn you Blue Jays for beating us last night). Some show their support for hockey or football, Adidas or Puma, Pokemon or fidget spinners. You can roll the brim a little or you can roll it a lot. Or you can keep as it flat as Tom Brady’s football. I, personally, think it looks a bit ridiculous and I have to restrain myself from bending brims to their proper shape. I show the same self restraint when I see pants that hang too low. I refrain from pulling them up and putting a belt on them. You can imagine my shock when my 10 year old showed me his new Pokemon hat that his grandmother bought him and the brim was straighter than an uncooked spaghetti noodle. I rolled it. He had a conniption and stormed off and straightened it again. His mother came home from work and had the same reaction. He wears it rolled now. Just like it’s supposed to be. Want a Millennial? Let him wear it straight.

Okay… so straight brimmed hats really aren’t that big of a deal. Sure they look foolish to us Gen Xers, but it certainly won’t change the world. You know what will? Millennials who expect to get exactly what they want simply because they want it. A job, millions of dollars, more money for doing less work, a participation award. Or as we call it in this house, “The Gimmies”. He wants wants wants but won’t do do do. We’ve never put up with that attitude here, yet it runs rampant in the first born. This attitude can change the world more than a flat brimmed hat could ever dream of changing. The world is still a good place despite all that is being reported in the media. However, if the trend of gimmie gimmie gimmie instead of give give give continues, the world will change as fast as the climate. You can’t deny that.

We’ve been trying to demonstrate this giving attitude. I give blood and I take the boys with me to see it. I explain to them that every donation could help up to three people. We take them out to the community clean up to beautify our town. I mow the neighbor’s yard because she can’t. DW volunteers on the park committee and during election time. We both will shovel the neighbor’s driveway. Yet the attitude of entitlement continues.

However, he cares deeply for others. I’ve witnessed him helping autistic children keep their belongings together on field trips. I’ve heard from parents and teachers that he helps the children with special needs exit the building during fire drills and the alarms are overwhelming. I’ve seen him be a bus buddy, making sure his assigned 5 year old first timer makes it to the right classroom when they get to school. He makes sure they get off at the right stop when they come home. He’s even fessed up to breaking a toy that another child was blamed for breaking.

It’s clearly not his compassion that needs exercise, it’s his entitlement. Entitlement far outweighs responsibility. If we can make the latter more important than the former, we can make the world an even better place. It’s a hard lesson to teach and an even harder lesson to learn. 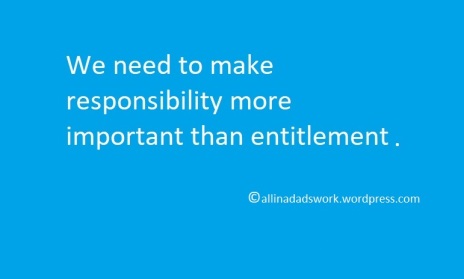 We all have responsibilites.

Two weeks ago I set a goal for myself to quit drinking Coke and to start running regularly. Both have happened, but not quite like I imagined. First, I ended up not quitting Coke all together. I cut back to two per week. I was drinking six. It was a combination of six cans and 500mL bottles. That’s A LOT of sugar. So two is much better than six. A step in the right direction.

My other goal of running regularly while hasn’t been a total success, has been a step in the right direction. I ran once the first week (two weeks ago). I ran twice last week. So far I’ve only run once this week. Crash has been accompanying me on his bike. We’re up at 6:30, a bite to eat then we’re out the door by 7. However, this morning, Bang was awake so he jumped in the jogging stroller, Crash jumped on his bike and the three of us took off. My goal time pushing a 50+ pound stroller for 4 miles was 36 minutes. We made it in 35:32.

So I’m holding myself accountable. Crash knows the plan is to get out on Mondays, Wednesdays and Fridays. He asked me why we skipped last Friday. How can I teach him responsibility and accountability if I don’t hold myself to the same standard? Lead by example instead of do as I say not as I do.

If you’re looking for me in the morning, I’ll be running the roads. My favorite biker beside me. If he’s awake, my favorite stroller rider in front of me. 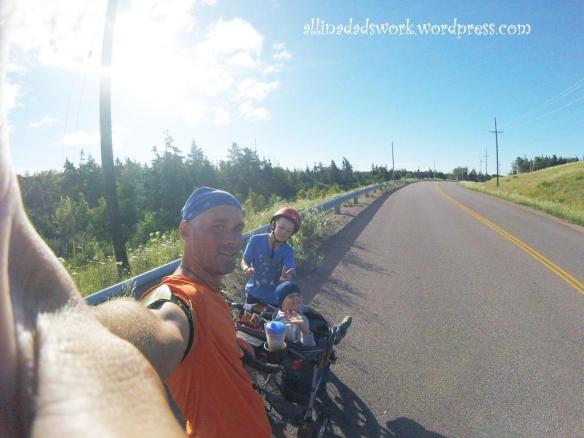 If you remember last Sunday’s Post, I hinted that B should have been for Birds and Bees but you would have to wait until H to find out why.

Since then, I’m sure all of you have had sleepless nights  and have been trying to figure out the H word that has to do with the Birds and the Bees.

No, we’re not pregnant. Nor will we ever be again.

H is for these little ones…

H is for hamsters.

A friend of Crash’s gave him an extra hamster cage she didn’t need or want any more. This gave him full rights to get a hamster, of course. So while we were in Truro last weekend, we found a pet store. We didn’t have to look hard, it was in the mall. They had some really cute parrots, too. But we already have a feisty one and we didn’t have $700 on us. But they did have $12 fuzzy butts.

Crash knew exactly which one he wanted. It was hyper as could be and nosey as hell. In case you’re wondering, yes, it’s just like Crash. Appropriate.

Bang wanted the one sleeping in the corner. We tried to convince him to get a cute, little grey one that was curious but not hyper. However, he had his mind made up and not even Taylor Swift and chocolate would sway his decision.

We picked up some food and necessities and booked her for home with the fuzz faces in their box on the seat between the boys.

At home, we set up the cage and got it all ready. Then introduced the critters to their new home. They took a minute to check it out, then went to sleep. Crash named his hamster (the brown and white one) Timbit after seeing a box of said sweets on the counter. Cute name. Bang wanted to name his Backhoe Loader, but he settled for Dozer, instead.

That same evening, after the kids were in bed, the birds and the bees made their appearance. It turns out Timbit has no bits. She’s a she. Dozer has the bits. He’s a he. They were both feeling frisky. Timbit would freeze with her tail in the air while Dozer cleaned himself. Then he climbed on to bump uglies, hide the bishop, hit a homerun, go all the way, copulate, make babies.

DW did some quick research (she Googled it) and found out hamsters can start mating at 28 day old, the half the age of these two. However, they shouldn’t have pups until 5-6 months. As a bonus, they could have up to 24 pups in a litter (though usually only 6-7). WE DO NOT NEED OR WANT 26 HAMSTERS!

DW put the shout-out on Facebook that if anyone had a spare cage kicking around, we needed it. Two hours later we had one. We offered to pay for it, but they said don’t worry about it. THANKS GUYS!

They’re still very timid around us and they seem to sleep A LOT. But hopefully that’ll change. We’ve only had them for a week, and they’re still “babies”.  They boys enjoy watching them. Timbit and Dozer will become their responsibility for feeding and water changing.

So, you see? H is for the birds and the bees and why you should keep your hamsters separated. 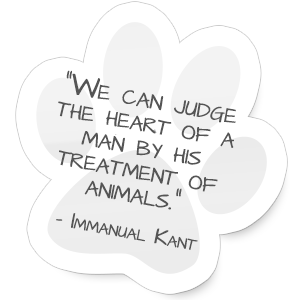 I’ve finally been promoted. After eight years (12 with their combined age) I’ve gained the rank of “Mean Dad”. Crash promoted me a few days ago when I wouldn’t let him walk to McDonald’s with the neighbors kids (as it turns out, the neighbors kids weren’t allowed to go either). He desperately wants to be independent and on his own and away from us parent types. However, he hasn’t quite grasped the concept of responsibility. END_OF_DOCUMENT_TOKEN_TO_BE_REPLACED