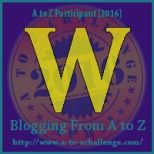 See. I told you there would be a quiz today. It’s 1 question. Pass or fail. If you want to look up the answer, you can find it here.

Last year W was for Water. Guess what? It is this year, too. Last year was simply about bath time. If that can be considered simple. This year is about all the other water my kids get into. If I’ve learned nothing as a parent (some days are questionable) I’ve learned that were there is water, there my kids will be playing in it. Even if they’re not supposed to be. If we’re walking through a parking lot and they happen to spot a puddle, long before they even get close it they get warned, “Stay out of the puddle.” Often they like to push their luck and try to walk through it, “But I’m not splashing!” Water is so much like a magnet…

If a picture is worth a thousand words, I’ll let the pictures tell the rest of this story. 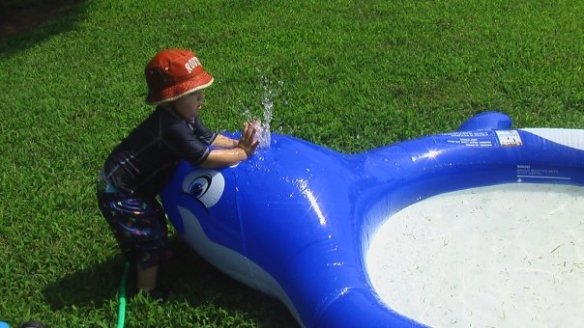 Crash as a 2 year old and saggy soggy shorts 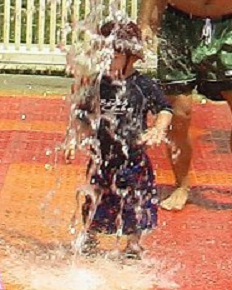 A bucket of water on Crash’s head 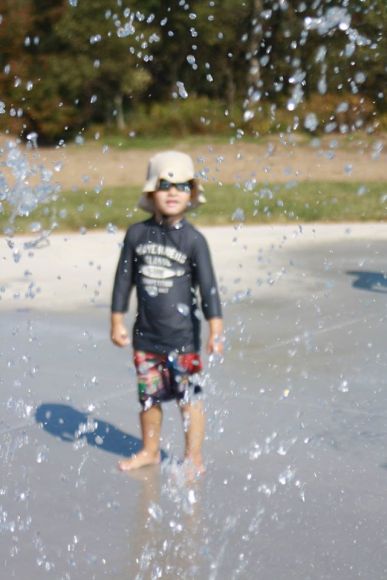 Too hot for summer, too cool for shoes 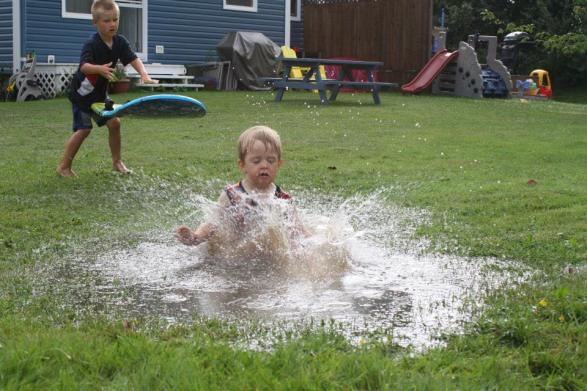 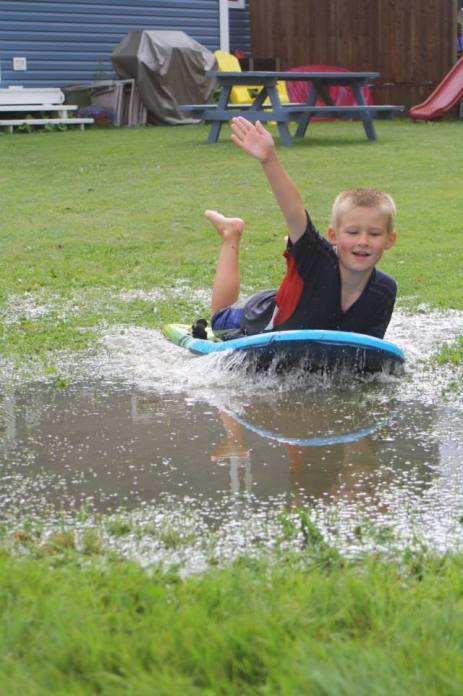 Who needs an ocean? 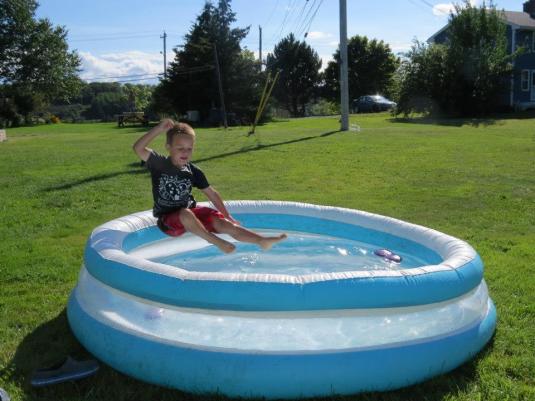 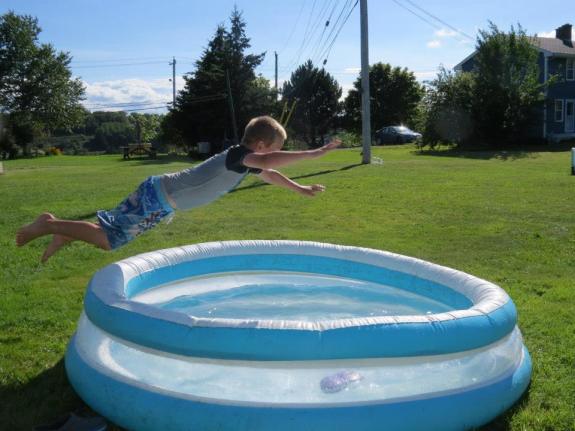 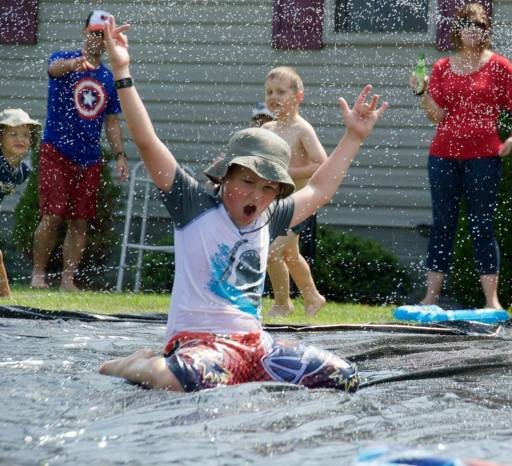 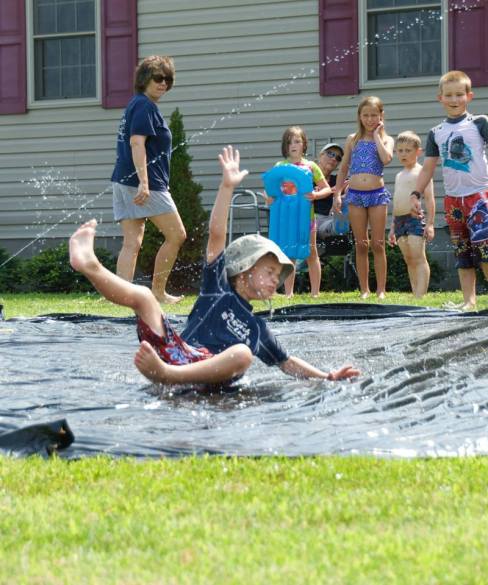 I’ll let you caption this… 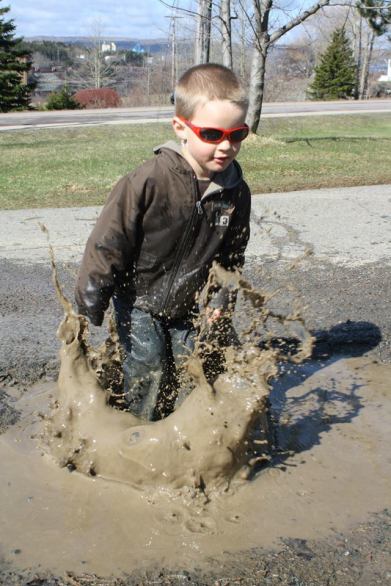 The dirtier the better 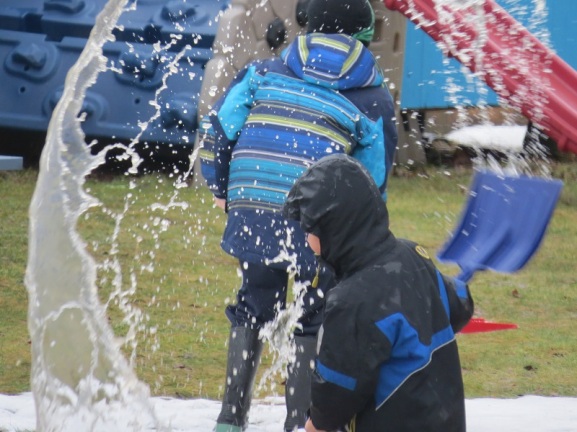 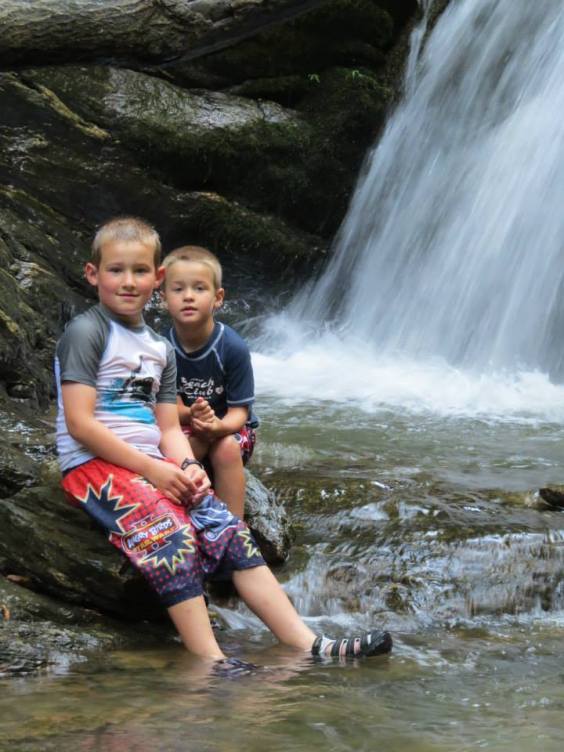 It’s like a shower AND a bath! (minus the warm water) 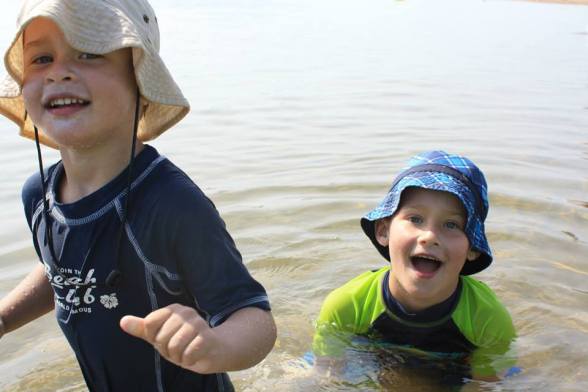 It’s not just my kids, right?

While California is experiencing it’s fourth year of a severe drought, we here in Maritime Canada are not. It only rained twice last week – once for three days and once for four. The veggies and flowers and grass are loving it. However, this isn’t about that.

There’s not much that is as childish as playing in the rain. We’ve all been caught in the rain, of course. Needing to get to/from the car in a torrential downpour or you just happen to be outside when the heavens open up. But intentionally going outside while it is raining is sure to induce giddy laughter.

Twice in the past week we have done just that. We splashed in the kiddie pool. We jumped on the trampoline. We set up the slip and slide on the hill. We splashed in puddles. We even had the neighbor’s kids join us.

I’m thankful I am young (ish) and healthy (and childish) enough to run, jump and play with two rambunctious boys. The trampoline is assembled in the spring and taken down for winter. In between it sees use every day. It’s not as slippery in the rain as it appears to be. The slip and slide is self watered when it rains. It makes for some fun photos, too. As does puddle jumping. Just take a look! 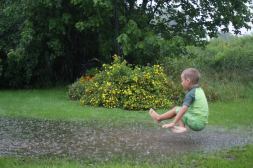 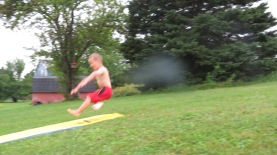 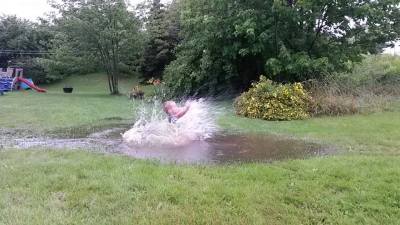 So, in conclusion, rain doesn’t just make the veggies and flowers and the grass grow. It doesn’t just wash away the dirt and grime of the world. It washes away inhibitions, it helps the child (inner and outer) grow strong and healthy. Have you played with yours lately?