Oft referred to as “Fork Knife” by the unknowing or by anyone who wants to be a comedian, Fortnite has finally entered our house. Once upon a time I was writing about Minecraft as it consumed a certain then eight year old’s life. That game is a thing of the past now. Minecraft is no longer even mentioned, let alone played. Fortnite is the new addiction and I have two conflicting thoughts about it.

I grew up with video games. Granted, I started with Atari’s Space Invaders until I graduated to Nintendo’s Tetris, Mega Man, and Blaster Master. I didn’t have these first or third person shooter games growing up. I had Mario jumping on Goombas. I had Contra. And if you just thought up up down down left right left right B A select start to get infinite lives, you had Contra, too. It wasn’t real. It didn’t look real. There was nothing about my video games as a kid that made my parents go “Hmmm… is this okay?” I didn’t play these shooter games until I got to university after the invention of internet. Back when you had to use your telephone line. I was mature enough to know it was game.

Fortnight is a game of 100 people with the winner being the last person or team standing. It is third person game, meaning your point of view hovers just above and behind the character you are controlling. It is close to being realistic. One of the first times I played this game (last week) my character was shot and wounded to the point that I wasn’t (in the words of The Princess Bride) all the way dead. I was forced to crawl around hoping someone would revive me. Instead of finding my own team, the enemy found me first and I had the distinct privilege of watching the enemy character stand over my character and proceed to finish me off with his shotgun. On the plus side, there is no blood. A drone appears and teleports your expired character out of the game. I know there are 10 year olds around the world playing this, but is this the kind of game I want my 10 year old playing?

On the flip side, it’s just a video game. Even I know art imitates life. My kid certainly isn’t going to suddenly think that life is Fortnite and go about shooting people. He won’t become a violent psychopath playing Fortnite. I can’t blame Fortnite for violent behavior any more than I can blame heavy metal music. There’s no blood and it’s not like this game is hyper real some other first player shooter games I’ve seen. There is building it, well. You need to build “forts” for safety. It can as simple or as elaborate as you want or as time allows. Also, a lot his friends are playing it. Since this game has the ability to connect people through microphones so they may chat. Friends can play together and talk together without being in the same house. It will be his way of fitting in. And isn’t that what we all want, just to belong?

Has Fortnite caught on at your house, yet? What’s your opinion? 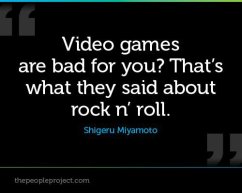 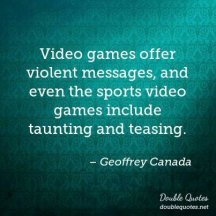 19 thoughts on “The Nite of Forts”