When you have two teachers for parents, L can only mean one thing.

Fortunately, the boys are so full of questions there’s more learning happening around here than… than… well, lets just say there’s lots of learning.

Boys are hard on their bodies. It’s the only one they get so they need to get as much use out of it as they can. Crash fell at school earlier this week. Apparently there was some invisible ice and he slipped and fell on it while playing tag with his friends. Now he has a nice little-ish scab healing on his knee and it’s itchy. Why? Because when the cells covering the wound meet in the middle they start pulling on each other to close the wound. This frat house like tug-o-war causes mechanical stress and activated the itch nerves. Your spinal cord, which in control of your nervous system, sends the signal to scratch that itch. But if we scratch that itch we rip the scab off and we’re right back to where we started when we got the banged up knee in the first place. So now a war rages between our spinal cord wanting scratch and our brain telling us our spinal cord is a liar.

2. Can you die from drinking too much alcohol?

The boys know DW and I enjoy a drink of wine now and then. Sometimes we’ll have friends over for boardgame night and have a few drinks. We always drink responsibly. But, yes, you can die from too much of it. It’s called Alcohol poisoning. Except the 6 year old insisted that that wasn’t the right term for it. He said it was an “itis” (eye-tiss) word. After a minute of thinking he informed us that the correct word was drunkitis. Alcohol poisoning can happen when any substance containing alcohol is consumed intentionally or not. It occurs most frequently in binge drinkers. This is the consumption of 5 serving of alcohol in two hours for men or four for women. Symptoms include…

Please, please, drink responsibly. Another way drinking too much can kill you is if you get behind the wheel and drive. PSA – Don’t drink and drive.

YES! YES! YES! GO! GO! GO! We still have snow on the ground. Actually, it snow a bit this morning. This winter is bullshit and needs to go. Put on your boots and get going. Of course, once he was out there he started digging a hole in the muddy yard. Dude, go up in the back field and dig a hole. Unless you were planning on filling it with ash and kicking your little brother in the ash hole. That wouldn’t be cool either. Today was a video game free day so going outside was really the only other option. Best. App. Ever!

4. Can boys have babies?

No. And no, babies don’t come out of our penis… well, not infant babies like the ones that come of mommies. Bang asked this one this evening and we explained that only girls can have babies. DW took it one step further and told him that half comes from daddies and half comes from mommies. I sat back and listened, laughing my ass off because I knew what was coming next.

“So half comes from dad and half come from mom and what? You kiss and put the baby together?”

DW opened this can of worms so I had full intention of letting her get the lid back on it.

Then I told him about chromosomes and that if daddies give mommies an X then they’ll have a baby girl and if daddy gives mommy a Y, they’ll have a boy. This effectively ended the possibly too indepth sex ed conversation.

Have you had to explain babies to your little ones? How did you handle it? The whole truth or just enough to satisfy their curiosity? 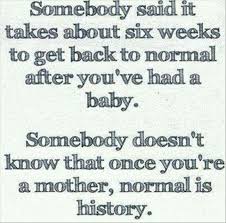