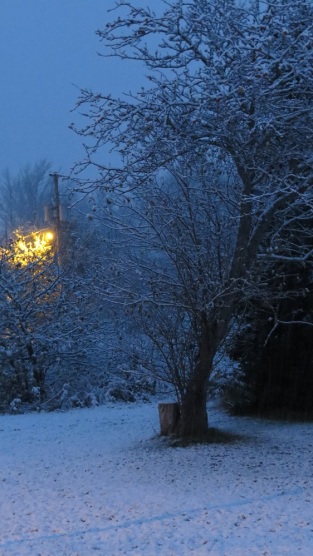 I’m not talking about the snow we got last night. That cold, white, fluffy stuff can fall all it wants. I’m comfortable driving in it (once we get our winter tires put on). I love playing in it. I love how it makes the world look clean again. We really didn’t even get that much. It was enough to make the roads wet and the grass white for a couple hours. It was also enough to excite a certain 6 year old.

I can’t believe it’s Christmas and it’s only November 14th!!

In truth, what I’m not ready for is the excited 6 year old’s brother to take an interest in girls. I always knew it was just a matter of time, but I didn’t think that time would ever come. It would eternally be “just a matter of time”. Girls are supposed to be gross. Cooties and all…

We’ve now come to a new bridge. One in which we’ve never crossed before. Preferably, I’d like to go ahead and burn it now and make him swim across when he’s 25. On the other hand, I don’t want him to drown or eaten by a manipulative crock when he starts swimming the strange waters that are relationships when he’s 25.

I’ve been trying to think of myself when I was 10. From what I can remember I was a fairly shy little dork back then. The only difference now is that I’m less shy. More importantly, I’m trying to remember how my parents handled me back then. Did I express such an interest in girls in fifth grade? Did my parents let me handle it how I wanted? How much more did they know than they let on to? Should I handle Crash’s love interests the same way?

My God. I’ve got a thousand more questions now than I did when I started writing this post.

I would love to be a hands off, watch from a distance kind of dad. At the same time, I don’t want to be watching from a distance if it’s going to be a trainwreck. But at the same time, it’s his trainwreck and he needs to learn how to handle it. But at the same time, maybe it won’t be trainwreck. I do have an extra tool that my parents didn’t have. Texting. He’s learned to text others from his tablet. This means, unbeknownst to him, we can read his conversations. On one hand it sounds like a breech in privacy and trust. In my head, we’re the parents, he’s 10, and we’re keeping him safe. Right? As of right now he doesn’t know that DW figured out the password he put on his tablet.

The advantage is that it gives us an insight into what’s going on in his head. It’s easy to forget that he’s got more going on than just going to school and learning. He’s learning to make friends and be a friend. He’s learning about this girl interest. He’s got everything going on at home… being a son, being a brother, his own interests and desires. He is his own person even if he’s still growing into the man he’ll be one day. It’s our responsibility to help him grow into that man. Help him navigate those new waters, new experiences, and figure out how to grow up.

For now, I’ll just keep snooping, keep my trap shut on what I know, and try to show a little more patience.

Then I’ll cross my fingers and hope for more snow. 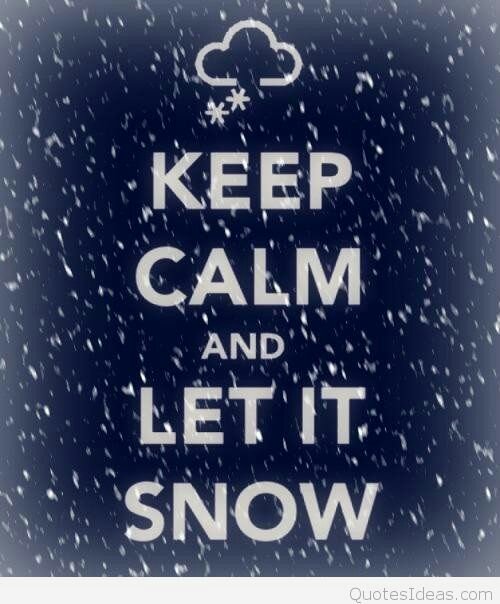