I had it a minute ago. I don’t know where it is now.

You may have noticed (but probably didn’t, but a million points to you if you did) that I changed my gravatar. That’s my photo that shows up everywhere I leave a comment. I changed it because I got my new glasses today. They’re orange.

That doesn’t mean I’ll be able to find stuff without asking DW. I swear, when I look for stuff it’s not where I look. As soon as she looks in the exact same location I did *POOF* whatever I was looking for is there in the exact spot was I looking.

It wasn’t there when I looked!

I’m convinced that she moves it so she can claim it was there the whole time. Or she’s a Jedi and enjoys playing those mind tricks on me. I’m more susceptible than a storm trooper to Jedi mind tricks. I can’t blame her, though. It would be fun to play mind tricks on me so I’m going with that option.

So now I have these new glasses and I still won’t be able to find stuff. It’s a genetic trait, unfortunately. My dad had it. I have it. Now, both Crash and Bang have it. I think they have it worse than I do. Must be the “mom curse” (thanks mom). Now I’m frustrated that I have to go show them whatever it was they were looking for is exactly where I’m telling them look for it. When they look, it’s not there. Hell, I’ve pointed directly at the item in question and the best they can do is spin in circles with their eyes closed.

I’ve had glasses for about 6 years. I discovered I needed them when I went for my physical for immigration to Canada. The doctor told me to read the chart with my left eye and I had no problem. Then he told me to read it with my right and the chart disappeared. I couldn’t find it even though I saw it a minute ago. Fast forward a couple years and I sort of kind of lost my first pair of glasses. It wasn’t my fault, though. DW and I were out kayaking with my aunt. It was a calm, quiet little river with lots of turtles and birds and a beaver someone mistakenly thought was a bear. There were also bugs. When one had the nerve to land on my ear I swatted it off.

I also swatted off my glasses. They disappeared faster than the Orioles hopes at a division championship. Somewhere on the Tuckahoe River there is a beaver with improved eyesight.

Sometime ago I flat out stopped wearing my glasses because the nose pads were pinchy. It felt like I was wearing a clothespin. This pair has plastic frames and are nice and comfy. They’re also orange. Like my hopeless Orioles. In the words of my brother-in-law, DW says I’m “peacocking”. Strutting my stuff and showing off my plumage. I’m sure I have feathers here somewhere, I just can’t find them at the moment.

“These aren’t the feathers you’re looking for.”

DW got new glasses, too. When I first met her (around the time the Cubs first won the World Series) she had these awesome burgundy, plastic frame glasses. I loved them and they made me fall in love with her too. I might have been the the Jedi mind trick, but I’m pretty sure it was her glasses. Anyway, she got a new pair, too. They’re purple. And they’re progressives. I think this officially makes her older than me. 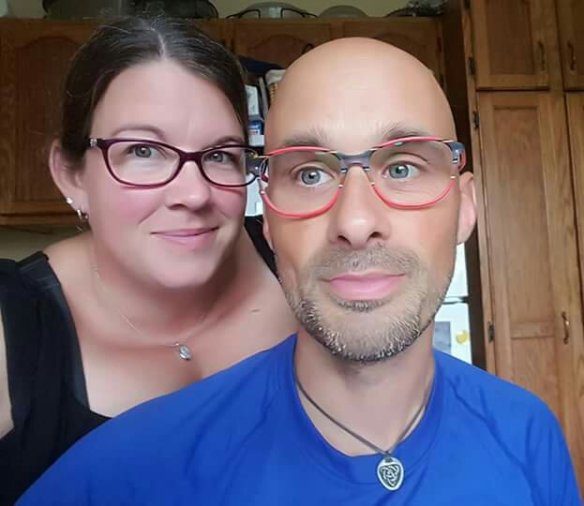 24 thoughts on “I Have My Glasses On”