We’re reading Hatchet. Brian has survived a plane crash and has been stranded in a Canadian forest for 4 days. The night before, he discovered a turtle that had laid some eggs and buried them on the shore Brian both crashed into and is now camped next to.

You should have seen the expression on Crash’s face when he found out they were food and Brian would be eat them raw.

“There’s turtles in them!”
“Are there chickens in the eggs we eat?”
“No.”
“Well, there are no turtles,  in the turtle eggs.”
“How do they get inside the egg then?”
“Okay, there are turtles in there, but they haven’t grown into turtles, yet. There’s just the yolk.”

Crash would never be able to survive in the wilderness.

1. How do they make soundproof rooms?

If we had one they would be in and life would sound sweet. Or I would be in it and life would sound sweet. The quietest room hold the Guinness Record, Orfield Labs in Minneapolis at -9 decibels. The walls, floor, and ceiling absorb all sound. It is anechoic. There is no echo. Derek Muller visited and recorded an episode about this room on his YouTube channel, Veritasium. The cheap way to build a sound proof room is to hang thick blankets on the walls. The thicker the better. If you want serious sound proofing you’ll need sound absorbing material like “Sound Sponge”. Duct tape works wonders, too. It really works to muffle the sounds coming from your kids sound hole.

2. How heavy is Thor’s hammer?

My original answer was “Too heavy for anyone but Thor to lift.” I was basing my answer on Neil DeGrasse Tyson’s explanation. He assumed it was forged of the core of a neutron star – among the densest matter in the universe. A teaspoon of a neutron star would weigh about a billion tonnes. Therefore, a hammer forged of such material would weigh “as much as a herd of 300 billion elephants.” However, the Hammer was forged in a neutron star out of a fictional metal called Uru which is native to Thor’s world of Asgard. So it weighs just 42.3 pounds.

3. What makes hiccups go away?

It’s just a simple problem caused by spasms in your diaphragm. What makes them stop?

How do you get rid of hiccups?

4. How does my brain send messages to my body?

Bang is still fascinated by brains. How they work. What they look like. What they do. Like Navajo code, neurons are brain cells that only communicate with each other. And no, you can’t kill brain cells. Though, I swear some people aren’t functioning with a full set.  The neurons are the cells while the synapses are the connections. The axons are the lines in which the messages move. Our spinal cord is responsible for holding that line. All muscle movement messages come through your spinal cord. So while I’m sitting here typing this my brain is sending messages to my fingers (though my fingers can’t keep up sometimes) telling them where to move so that I press the correct letter. I guess it could be compared the connections between the keyboard and the monitor and the internet. If you’re curious to know more, watch this excellent Crash Course video to learn more. 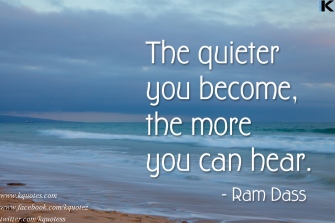 Bonus question: Where else can you find me?