I thought I would write about how I sunburned my scalp today because the sun is a bastard. I mowed this morning and went to the park this afternoon, all without a hat. Bad mistake when you’re bald. It’s wasn’t warm today, so I never gave a hat a thought.

I thought I would write about the history of Victoria Day, which is today here in Canadaland. It’s why there was no school today, too. However, I don’t want to sound like Professor Flitwick, so I refain from the boring history lesson. 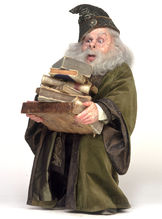 I thought I would write about how one TV/phone/internet company wanted us to switch to them and they offered a really good price to do so. So we did. Then our current provider called us to ask if price was the only reason we were switching. When DW told them, “Yes,” they offered to drop our rate to the competitors rate AND add in few extra channels. HBO. Some movie channels. We’ve all played that game, though.

I thought about doing the Grr to Great post that Eli- the Coach Daddy did, and I will, just not today.

I want to share with you something that makes us parents proud – our kids willingly going to church. We aren’t overly religious people. We just attend church every Sunday. We don’t go ’round preaching the Word of God, or anything. We’re just trying to stay outta Hell.

One Sunday, many weeks ago, as we entered church, DW told Bang to go pick a seat for us. He chose the very front row. You know, the pew reserved for those who show up late. Fortunately, we were off to the side and not dead center. It was where he could see best, though. DW and I were instructed by the littlest one to not sit with him. We were to sit behind him.

Well, excuse me, Mr. Too Cool For Mom And Dad.

Weeks of this go by. Then it comes time for First Communion and where does Bang sit that morning? Front and center because he wanted to sit near the first communion kids. We allowed him because, thankfully, no one else minded.

He has sat there every Sunday since. His brother and parents still sit in “their spot” (think Sheldon Cooper) while Bang goes to sit front and center by himself. At our church the words to the songs are projected on to the wall behind the choir. Bang would read the words and sing his little heart out over there in front of the choir, which consists mostly of retired women and couple men. They loved him – sitting in a pew by himself, singing away, ocassionally glancing over at his parents to see if we were watching him. I’m pretty sure he was flirting them, too.

Then last week after church he asked us if he could sit with the choir! We said sure, as long as it was okay with them. Yesterday, he took his usual seat front and center. Once he saw the choir congregate he made his move. He came back to us to ask our permission. I’m guessing the choir ladies had said sure, as long it was okay with mom and dad. He went back to them and took his seat with choir, looking out at the congregation, beaming. One of the ladies handed him a hymnal and showed him the words and he sang and sang and sang. Some of the songs he knew by heart from having sung them so many times already and didn’t need the big book of songs. He’s already looking forward next Sunday.

It made us proud to see him up there singing. Hopefully, we’ve showed him anything is possible if he just tries.

What made us just as proud as him singing with the choir was him reading the words to the songs.

What have your children done to make you proud?
You can make me proud by following me on Facebook and Twitter… 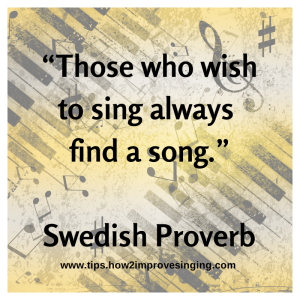 17 thoughts on “Dropping the Average Age of the Church Choir”