I suppose everyone is feeling sluggish coming out of their turkey comas. Here in Canada we don’t get the day off for American Thanksgiving. Since we were all in school and Crash had a choir concert after school we didn’t even get the chance to call my family to tell everyone Happy Thanksgiving. I tried to thank them and tell them I miss them in yesterday’s post. We will be celebrating American Thanksgiving tomorrow with a 20 pound turkey and our Canadian family. In the meantime, I will be fielding the endless questions being fired at me like a gangster’s Tommy Gun.

How does a Zamboni work?

The boys have been ice skating about twice a week for the past couple weeks. They are loving to learn. It’s great exercise too. They’re soaked in sweat after our hour on the ice. Crash doesn’t crash as often and Bang is starting to skate without his skate trainer. After the hour of public skate is over, we get off the ice to make room for the boys’ favorite machine. An ice resurfacer, like those made by Zamboni, have several functions. It washes the ice, shaves the ice and leaves behind a layer of fresh ice. A blade shaves off a thin layer of ice while a horizontal and vertical screw (an auger) moves the shaved ice to the snow tank (that’s the big box on the front). Water is fed onto the ice rink to wash it. A squeegee collects the dirty water and it’s vacuumed, filtered and returned to the water tank. Finally, clean water is delivered to the ice and spread evenly with a “towel”. The clean water freezes on the rink surface leaving a clean, smooth surface for the skaters.

What does Santa bring if you cry for no reason?

This is a question that arises every year. Last year when I told Bang that he brings coal, he thought that was simply fantastic. He wanted coal! So I added in that he also bring blueberries. He hates blueberries. This did the trick. He understood that if you were bad and cried for no reason Santa would come and bring you something you didn’t want. Or he would bring you nothing. Since the floodgates were opened turning the gears of thought, more questions followed suit.

“What if you whine for no reason?”
Then you get blueberries.

I’ll answer the other questions about what do with the coal and sticks you get when you are bad next week.
Why is “them” and not “it”?

Spot the difference? Bang noticed this difference in a book he was reading. (Did I mention before that he’s reading now? In case I didn’t see here or here or here). One sentence read “Dad gave the cheese to Kate and she put it in the cart.” The next sentence was “Dad gave the apples to Kate and she put them in the cart.” So I pointed out the difference by asking him how many cheeses there were (he answered 1) and how many apples (he answered 3 after looking at the picture). When there is just 1 thing we use “it”. When there is more than one thing, we use “them”. I didn’t get into the “thing” being the subject of the sentence. It’ll get tricky later when there is 1 group.

Living in Canada they’re almost a necessity. Unless you like climbing into bed that could be happily occupied by penguins. Not the Pittsburgh kind, either. We use it to toast the sheets. We turn it on, then do our bedtime routine – put on pyjamas, brush and floss our teeth, and go pee. When we slide between the sheets they’re roasty toasty and we flick the blanket off. A preheated bed is heavenly!

This is simple science. An insulated wire is placed in a fabric designed to be heated. The wire has a bit of resistance to an electrical current. This resistance causes it to heat up, much like the burners on your stove top. Thanks to Captain Obvious we know the wires in a blanket don’t get as hot as the burners on your stove top. The electric blanket has a control so you can decide how warm you want the blanket to get. This control often has an auto-shutoff and a device to prevent it from overheating.

On cold, weekend mornings, it’s not uncommon to find the four of us snuggled in Mom and Dad’s bed under the electric blanket watching Disney Jr. 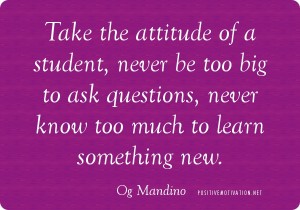