*I heard/read this story long ago so I don’t remember the specifics. I have adapted it to my own storytelling abilities.

The beach was small and quiet, tucked out of the way. There were some small houses nearby, but nobody important. The surfer enjoyed the beach for its solitude, peace and waves that were just good enough. That’s how he found it that morning, surfboard tucked under his arm, sand in his toes. As he approached the shoreline he noticed something odd. Thousands and thousands of seastars lay on the cool, wet sand.

Yesterday’s storm brought bigger and better waves. However, it also brought multitudes of seastars. The surfer carefully made his way to the shoreline and sat to study the waves. As he watched them crash on shore, he noticed the person in the distance. The person was slowly walking towards him, stopping on occasion to bend over, pick something up and throw it into the salty water.

He listened to the waves rhythmic crashing. He watched in fascination as the figure slowly approached.

He smiled when he realized the person to be childish, perhaps 7 or 8. What this child was throwing into the water were the seastars that littered the beach.

“Hi there.” the surfer said when the seastar thrower came near.

“Good Morning.” the seastar thrower replied, looking at the surfer and his surfboard sitting amongst the seastars.

“Why are you throwing them back in the water?” asked the surfer.

“Because later, when the sun gets hot, the seastars will dry out and die.”

“But there are thousands of them. You can’t possibly make any difference.”

The child’s gaze moved from the surfer to the nearest seastar in the sand.  Silently the child bent down, picked up that seastar and threw it into the ocean. The child looked back at the surfer, pointed to the water and replied “It made a difference to that one.”

I mean really, with the thousands and thousands of problems in this world, what difference can we make? We can make a world of difference… 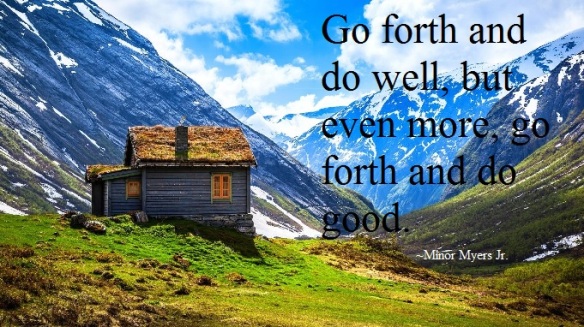 Today’s word was “a”. To read more posts without the Taboo Word (a) or to join the challenge just click the blue frog…

To add the blue frog to your post get the InLinkz code.

19 thoughts on “The Seastar Thrower”