I don’t know how many of you watch Grey’s Anatomy but last night’s episode was great. No spoilers from me, I promise. I’m just glad to start hearing more about this beef between Hunt and Riggs.

In even bigger news, my Orioles pitchers and catchers have reported to Sarasota for spring training. Today they begin training! This means there are only 45 more days until their home opener. Bring on baseball! Unfortunately, here in Canadaland, hockey lasts until the beginning of June. June? There’s no ice in June!

Yesterday, the kids answered my questions. They were as comical as expected. According to Bang he’s going to be 80 when he gets married and he’s going to have 66 kids. Meanwhile his brother will be 18 or 19 and have one good kid. You can read the rest of their answers here if you missed them.

Now to answer theirs…

Exactly who is this Willis we’re talking about when we say “Whatchoo talkin’ about Willis”. It’s our friend from the 70’s/80’s! Do you remember that show Diff’rent Strokes? It ran 8 seasons from ’76 to ’86 and starred Gary Coleman as Arnold and Todd Bridges as Willis. Arnold’s famous line when he was confused about what his brother was talking about was, “Whatchoo talkin’ ’bout Willis?”

We brought it back. Bang watched an episode of it after seeing a similar clip. He thought it was hilarious. Now conversations go something like this:
Bang: I love you, Mom
Mom: I love you, too.
Bang: Whatchoo talkin’ ’bout Willis?

We’re not referring to that great big slice of pizza that barely fits on the unstable paper plate at the local pizza shop. Nor is that that triangular block of wood we use to keep the door open. This wedgie is caused by a hungry bum. So hungry in fact that it starts eating your underwear. There’s no discrete way of getting out of there either. You just gotta pinch, pull, and wiggle and hope for the best. Unless you’re four. Then you can just stick a hand down there and fix it. There’s no shame when you’re four. Of course, there’s an atomic wedgie, too. You know… when you’re underwear gets pulled up over your head. It’s the ultimate immaturity prank.

3. What does one second mean?

In parent speak, it’s about 10 minutes. In teacher speak, it’s about 2 minutes. In actuality, one second is just 1/60th of a minute. It’s 1/3,600th of an hour. It’s 1/86,400th of a day. But that’s not really exact because the rotation of the Earth on it’s axis doesn’t match the orbit of the Earth around the sun. It’s off by a few seconds which adds up to about 6 hours per year and 24 hours per four years. Hence the leap year. We’ve accumulated a day because the rotation and orbit are not synced. So keep one second accurate it’s defined as

That makes about as much sense to me as putting broccoli and pineapple on pizza. In this amount of time, light travels just over 186,000 miles or almost 8 times around the earth’s equator. There are even smaller increments of time. A millisecond, a microsecond, a nanosecond, and a  picosecond. A picosecond is 1/1,000,000,000,000 of a second. That’s one trillionth of a second.  Or about the length of time it takes the kids to mess up what I just cleaned.

4. How long can a jellyfish’s tentacles get?

This title belongs to the Lion’s Mane jellyfish. It has a maximum diameter of seven and a half feet. The longest recorded tentacle of this beast is 120 feet. To give a comparison, the longest blue whale was only 108 feet long. They can contain up to 1,200 tentacles. Not something you want to get tangled up in, certainly. But don’t worry, they’re not as deadly as they sound. They’re no more poisonous as your normal jellyfish. It’ll sting for a bit and soak it in vinegar for a half hour. Which means they are not predator free. Anemones and leatherback sea turtles both enjoy dining on them. Fun fact: they eat and expel waste through the same orifice. They are fascinating, brainless creatures. And I won’t make any brainless human jokes here. 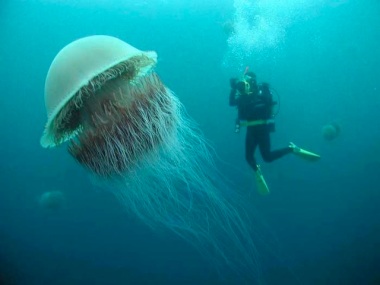 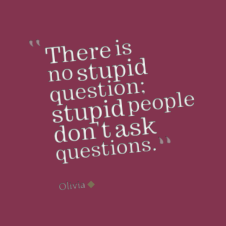 18 thoughts on “Go Ask Your Father: Willis, Wedgies, A Second, and Tentacles”