So last week I wrote about (there is an .xls and pdf link to the file there as well if you’d like to have it for yourself) how we were going to create a chore charts for Crash and Bang. Well we did. Now we have a week under our belt. How has it gone so far? 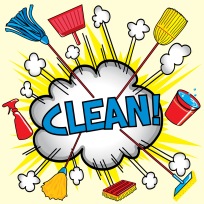 We decided on a flat rate for each job done instead a flat rate per day. Twenty-five cents per chore. Piece work. So how much did they earn last week? Crash made a grand total of $2.25. Bang earned himself $1.75. They were excited to be paid. I don’t know if it will be enough incentive though. It was like teaching math to a mule.

I explained to Crash that he would be doing chores no matter how big of a fight he put up. He could either do the chores willingly and get paid for them or he could fight and argue with us, still have to do the chores but without pay. It was his choice.

At one point this week, when I instructed him to clean his room, he tried not to. So I sat his bed and told him what to pick up and where to put it. Then he vacuumed his room.

“None of my friends have to do chores” he tried to tell me. My response was simple.
“It’s because I’m not their dad.”

“But I hate cleaning.”
“There are far worse things that could be happening instead of cleaning.  Would you rather clean the whole house? No? Then clean the few things I ask you to.” 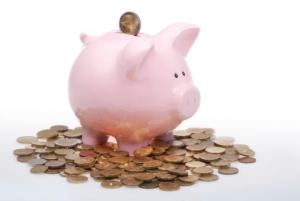 Bang is just the opposite when his big brother isn’t around. He’ll vacuum out the couch or the door mats. He’ll help empty the dishwasher. He’ll help load it. He’ll help me with laundry. He’ll take out the garbage and recycling. When Crash isn’t around. Otherwise he adopts the same attitude.

To be continued…
I’ll give you another update next Monday to let you know if this week goes any differently.