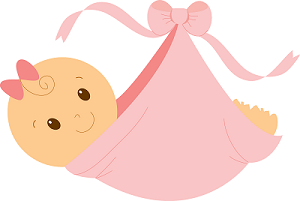 We have ourselves a new baby girl! She came to us on Tuesday and we brought her home on Thursday. She is 14 feet 9 inches long and weighs 3,435 pounds. She is so adorable! Oh, she is green with a bluetooth, too. 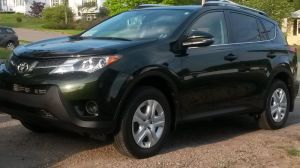 We are over the moon excited. Crash and Bang love her. I hope they treat her well.
Thanks to everyone who offered suggestions. I was looking for something that had decent gas mileage while DW wanted something roomy – perhaps for long trips and beach excursions.

We test drove numerous vehicles.  A Rav4. Fair gas mileage. Roomy. Expensive. Prius V. That one was sweet. A hybrid station wagon essentially that gets 58 miles per gallon. Expensive. A Prius. A hybrid sedan. It’s downfall was the rear window. It was too hard to see through. It’s 61 miles per gallon was pretty sweet though. We drove a Tucson. It’s gas mileage wasn’t quite good enough. These were all new cars we were testing out.

After some thought and discussion we decided we wanted to buy used. We didn’t like the idea of the depreciation value just by driving a new car off the lot. We looked for used vehicles we test drove but could find nothing local. Then the car gods smiled upon us last Tuesday. We went to the Toyota dealership for the third time in a week. We told a salesman we we liked the Rav4’s, but were looking for one that was a couple years old with low mileage and he smiled and said “I just got one in last weekend. 2013. 27,000 kilometers. Still has 2 years of warranty and it’s green.” We told him we’d like to see it. When we saw it coming around the building I heard a soft “Oh hubband” and I knew this car was going to be ours.

We test drove and fell in love with it. Not only was it exactly what we were looking for but it was our color. Every car we’ve owned together (with the exception of the car we just replaced) has been green. We had a green Jeep Wrangler, a green Mitsubishi Outlander, and a green Corolla. This green Rav4 was meant for us. It chose us. Bang asked us, “Can we keep it forever?” Yes. Let’s keep this one forever.

Our next purchase will be a dragonfly charm to decorate it.