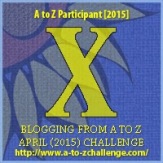 Crash has been nicknamed Crash for a reason. However, only once has his name sake required an X-Ray from one of his crashes. A couple months before his second birthday we were visiting my parents. What was at one time my bedroom, another time it was my brother’s room was, at the time of our visit, a weight room. Curious Crash went in unsupervised because we were busy packing up to head back home. All was quiet until he screamed…

We’re not exactly sure what happened, but we’re about 99% sure how it happened. Dad had a weight leaning against the wall. One of those big, round ones for a bar. I would have done the same thing with it. It makes them easier to pick up and set down. However, when Crash got a hold of it he obviously couldn’t pick it up so it just tipped over. It landed on the bridge of foot. It didn’t bruise. It didn’t swell. But it hurt like all hell. So much so that he couldn’t even put shoes on. A short snuggle and quick kiss later he stopped crying.

He couldn’t walk on it so he had a wicked limp. No problem when you’re not quite two, yet. He could still be carried and simply went barefoot. We stopped at a mall on our way home and he was pushed in the stroller. We got him a pair of Crocs, there. But even those were painful to put on him.

The following day he was still limping, so I took him into the hospital for his first X-ray. I was unsure of how they’d get an x-ray of the foot of a restless toddler. Lo and behold, he simply sat on the x-ray and sat still! Fortunately, the x-rays came back all clear and must have just bruised it pretty bad. After a few days of watching the poor soul limp around the house he started putting more and more weight on it. A couple more days and he was back to himself again.

My dad felt horrible about it. Thankfully, it wasn’t anything serious. If anything, it just slowed Crash down for a few days, making it easier for us to keep up with him. That was Crash’s first and only x-ray. Unfortunately, I’m afraid he just might end up getting another if he keeps on the road he’s on – snowboarding down the huge snow banks in the front yard and attempting to ride his bike down the front porch stairs (there’s only 2 steps, thank God). This winter he told me numerous times, “Hey dad. Video me and put it on YouTube!” “Uh, I don’t think so Tim.”